For some reason, I kept thinking of the mid 19th century Hudson River painters these last few days. After all, it was Thomas Cole ( whose panoramic “Voyage of Life” captivated me years ago, and still does), who really made Mt. Desert and Acadia known to others–which led to the summer migrations of the wealthy to Bar Harbor (along with the indigenous Abenaki , who had been spending summers there for generations).

These painters revered, romatically, nature in all its wondrous aspects. Many of them travelled, as have I, to Italy and other places in Europe, and incorporated historic buildings in what are essentially landscape paintings. Often, the buildings are ruins of temples and churches or cathedrals. Sometimes, a monk, a “holy man,” appears as well–very minor and discreet, but adding a human reference.

A number of times, I have felt like I was in one of those paintings. The landscape here is so spectacular in terms of sea, mountains, hills, and sky…and all more apocalyptic in the overwhelming incandescence of autumnal foliage. And the feeling I carry home every day from my explorations by automobile and walking, is one of a “holy place.” I’ve noticed it’s not just me. I see it reflected on the faces other visitors and residents. The surf at Schoodic Point has been so high that the sound of the waves make polite conversation impossible. People smile, nod, and yell a word or two, like “awesome,” “it doesn’t get any better,” “unbelievable.”  Eighty plein air artists staying at the Schoodic Institute spent the long weekend wearing gloves and parkas, and set up their easels in many areas of the park. In such a large park, they were quite isolated, although I did see several working near each other. Not intrusive, I observed from a distance how many were using oil techniques that were historically grounded, and their concentration was intense (fortunately, I didn’t see any easels taking off in the wind in a Mary Poppins manner).

I found myself almost reeling like a drunken sailor, intoxicated by the polyphony of the autumnal symphony. I would yell out sporadically, “Holy expletive!” or other utterances of that nature.  Sometimes it was almost animal-like yelps. It became almost dangerous to be on the road, as my eyes were taking in the kaleidoscope of colors, shapes, and light. The trees, background before the fiery pageant, were now prominent actors. I realized the leaves were literally shrinking like embers of logs in a fire, opening up more light in the forested areas. As the leaves started to become more brittle, they became somewhat translucent, like Tiffany stained glass. 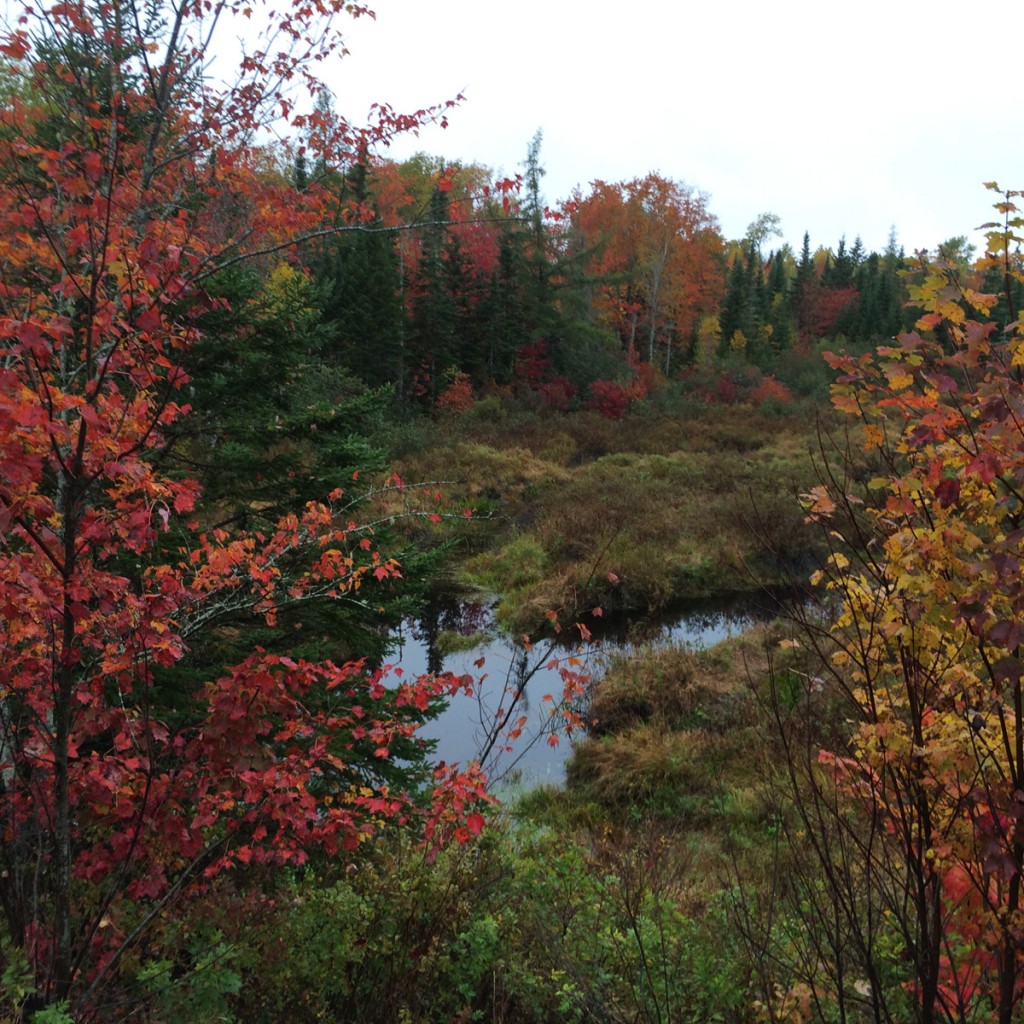 I thought back to my experiences in cathedrals like Chartres and Canterbury. Or Ste. Chapelle!  But this was MORE!  This was everywhere, not just in a stone sanctuary. If fact, it was almost a paradox. The most humble site, be it a boatyard or dump, was illuminated and exhibited a glory “that kings never knew.”  It was as if the whole world had become enveloped in precious gems like the Pala d’Oro in St. Mark’s, Venice. And it spilled out on all, from the blueberry barrens to the crests of the mountains here which stand in the sea. It was infinite splendor, triumphant and joyful, transforming paradoxically the scrubbiest woodland to the most magnificent. Iit showed up in the largest maples in purple red, to the lowliest vines on the stone beaches in lemon yellow.

Words simply can’t describe what I have been feeling. When I came back to the comfort and warmth of the farmhouse, I listened to Durufle’s Requiem, which You-Tube followed with the Requiem of Faure and then Cherubini. There it was!  They saw it in music!  The light, the transparency, the contrasts…the eternal infinite. How privileged and grateful I am to witness fall here in Acadia…. I am indeed a pilgrim in a holy place. While I was sitting looking out at the 40 foot arabesques of sea foam from my rock choir stall, a fellow pilgrim apologized for intruding on my space as she walked by. I  smiled and said something like “this is for everybody,” but what really went through my mind was,”we are all the guests of God, enveloped in this visible, palpable expression of Love.” 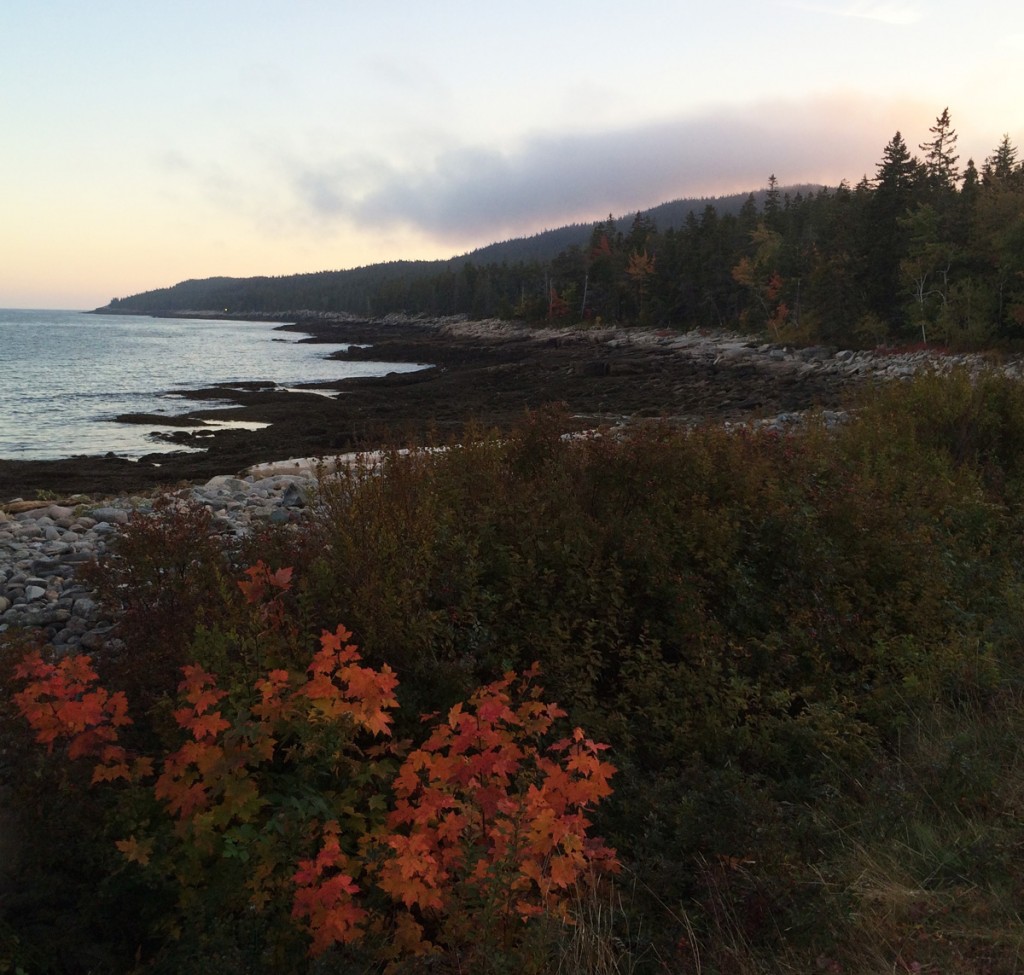